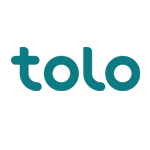 Tolo TV’s action series “Eagle Four” and drama series “The Secrets of this house” were awarded at the Seoul International Drama Awards in 2011 and 2008 respectively. The channel also received the Reporters without Borders (RSF) Press Freedom Award in 2005 for its current affairs news show “The 630 Report”.

Tolo TV broadcasts in Dari and Pashto on terrestrial transmission in Afghanistan and on satellite across the region.