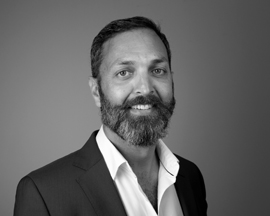 Jahid Mohseni is a co-founder and director of MOBY GROUP. Prior to MOBY GROUP, Jahid held senior positions in government, including as head of the Afghan Government's Afghan Assistance Coordination Authority (AACA).  AACA was the main coordination body dealing with donor assistance to Afghanistan and oversaw the nation's first Development Forum, as well as the national development budgets.  He also served as Secretariat of the Cabinet's Economic Coordination Committee, chaired by the President, and was an advisor to the Minister of Agriculture.

Jahid was born in Afghanistan.  He spent much of his early childhood in Japan, and later immigrated to Australia, where he completed his secondary and tertiary education.  He holds a Bachelor of Commerce and Master of Business Administration, and is fluent in Dari, English and conversational Japanese.